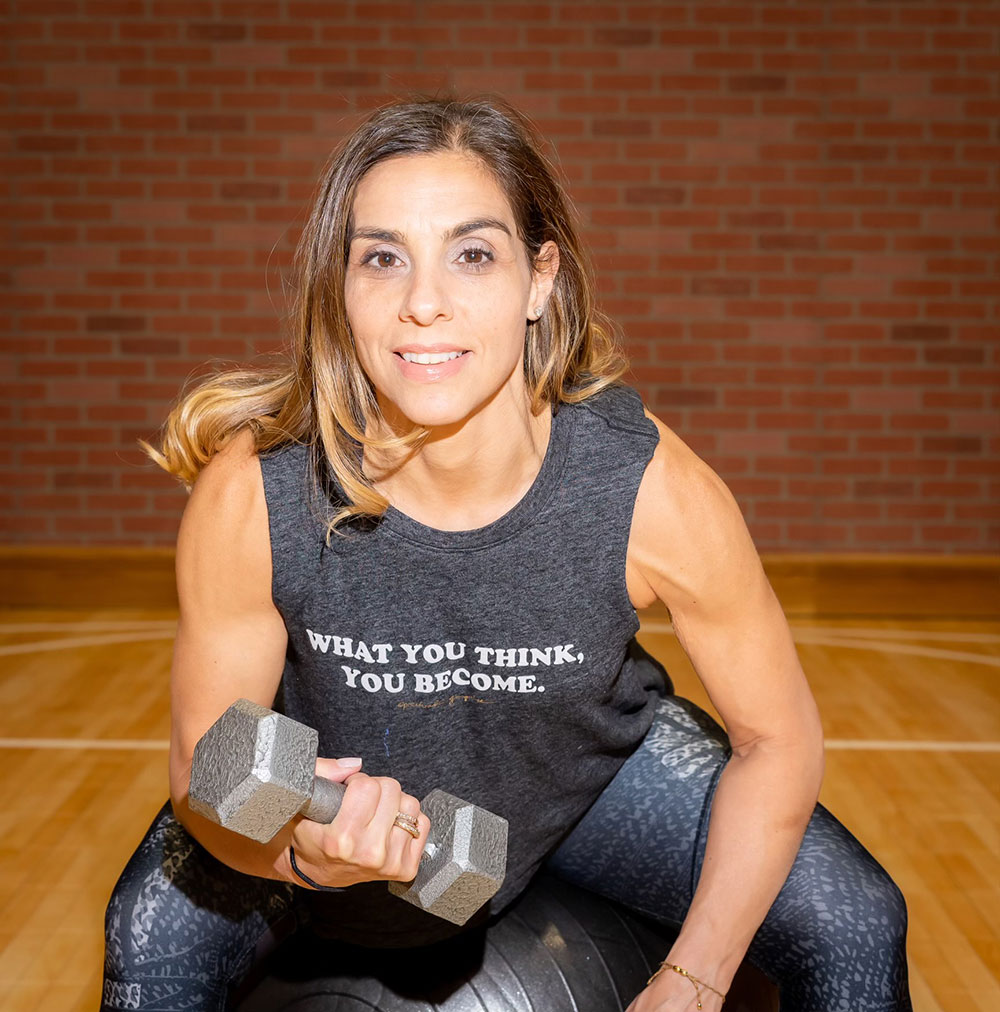 I’ve always had a strong connection to movement.

At the best of times it has felt sacred.

Whether I’m dancing, running, boxing, lifting or practicing yoga, it’s not simply the relationship to WHAT I’m doing, or even a deeper relationship to my body. When I’m moving in a mindful way- when I’m fully engaged in movement, I feel a presence that feels like something spiritual.That’s the only way I can explain it.

During my yoga training 15 years agao, I learned about “prana” or “chi” -the life energy from the Source itself that lives in our bodies. During movement, it pulses through us -pure unadulterated connection to spirit. It is this connection that I have come to love the most when I’m active. Like a moving prayer, I am plugged into something bigger. In these moments, it’s not about how many miles I ran, how I nailed a yoga pose, how strong I feel in a squat or what I look like but instead, how deeply connected I feel to spirit.

I could cry with emotion just thinking about it.

I haven’t always had this kind of relationship with exercise though. Like many, my relationship to fitness and exercise has been complex and complicated.

As a young child I loved dancing. I felt free and fluid. That spiritual connection “chi/prana” was certainly present. As for sports, I wasn’t much of a young athlete and at times felt very out of the loop for that reason. As a cheerleader in high school, I continued working with choreography that dance afforded me and of course, put my big mouth to good use. My body image wasn’t always great, but when I danced or cheered I felt empowered, inspired and inhabited by spirit.

I remember the first time I stepped foot into a gym was senior year. In many ways, it was the beginning of a long complicated journey with exercise. I was a late exercise bloomer. I realized much later than most people that I was very athletic and capable with my body. There were so many mixed messages along the way. I developed a story that my body was either “good” or “bad” in movement which felt confusing and left little room for an intuitive body process.

In college I was at a very interesting and important crossroads. I had developed three separate but equally important identities with movement-a dancer, an athlete and a fitness finatic.

In college I took many dance classes and was asked to be a part of a contemporary dance company. I loved learning the form and moving with power and emotion. As a side job I decided to get certified in aerobic instruction and became a fitness teacher. I taught lots of classes during college: aerobics, step and strength classes.

And then there was crew.

I walked onto the team in my second year and fell in love with rowing.

As a result, my body suffered. Now the “chi/prana” was sucked out of me. I traded a sacred relationship with movement for obsession. Instead of the freedom I once felt, I instead felt trapped by my responsibilities.

Each of these identities suffered as well. I was so fatigued, I was not a strong rower. My dance was now an expression of stress, not raw emotion. And although I loved teaching, I began resenting it. Other relationships suffered too. I heard myself saying, “no, I can’t come to that party, I have an early practice”, “sorry, I can’t study with you, I have to teach a class”, “I’m going to sit this event out, I'm too tired.”

For some reason, I didn’t understand that I did not need to give up any of these identities but instead, integrate that sacred spirit back into the fabric of movement.

That took many years.

It took many years to recover a sacred relationship with exercise. There were many more new identities: a runner, a kick boxer, a personal trainer and a yogi. Along the way, I learned many life lessons.

As I did this, the sacred connection found its way back into movement.

Today this means being an intuitive exerciser. It means many moments of feeling fully engaged, inspired and embodied. If I don’t feel that, whatever I’m doing in my exercise or movement, I let go of and move on. Today, it means I don’t look at the miles I run or the leader board. It means I forgo mastering the perfect pose and use my yoga block for support. It means not comparing myself to others. Sometimes it means leaving an exercise class because the language or sentiment an instructor is using does not align with my Chi/Prana.

My body is my temple.

It houses this greatest source of energy in the universe. When I move it, I connect to it. When I rest it, It gets rejuvenated. When I fuel it it gets nourished.

Once you lose something so precious and reclaim it changes you. You are no longer willing to let anyone, or anything, occlude it. I’ve become a fierce protector of this source of spirit in my body. I will honor it at all costs.

Free Your Fitness is spirit in action. It is my mark on the world to help others find or reclaim their relationship to sacred movement.

Return to the Story Wall